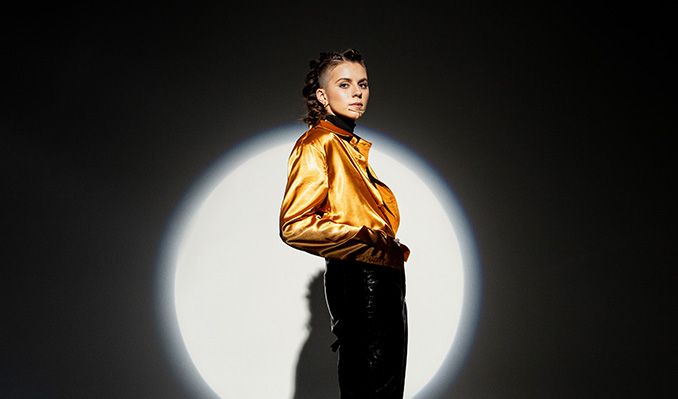 PVRIS represents the culmination of unapologetic honesty, unbridled artistic passion, and deeply held personal conviction, as evidenced by the devotion of an international fanbase who live and breathe their music. Much in the same way vocalist Lynn Gunn, guitarist Alex Babinski and bassist/keyboardist Brian MacDonald inspire and encourage their audience to explore, embrace, and celebrate their own personal identities, PVRIS creates their own musical lane. The band’s latest album, All We Know of Heaven, All We Need of Hell, has been earning rave reviews from critics and fans alike. Billboard named it one of the best albums of 2017. NME called it “catchy as hell.” Q Magazine dubbed it “sensational” and said it “connects the dots between The Cure, Chvrches, and Florence + The Machine.” In their art and creative expression, PVRIS pulls together the harrowing, the surreal, and the urgently personal with shades of Victorian wonder and supernatural awe. As Gunn herself recently declared to a fan on Twitter, the ever-building PVRIS songbook is one that puts “belonging to yourself and nobody else” at the forefront. PVRIS has shared in a communal experience with huge crowds that somehow always feels deeply personal. They’ve toured arenas with the likes of Fall Out Boy, Muse, and 30 Seconds To Mars, sold out myriad venues on their own, including London’s O2 Academy, and drew high praise for performances on festivals like Coachella, Reading and Leeds and Lollapalooza, to name but a few.

Official WebsiteFacebookTwitterMore Info
*Service and handling fees are added to the price of each ticket.