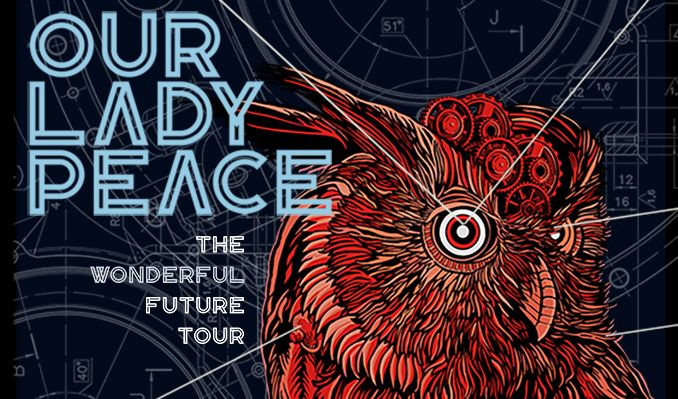 Several years in the making, the creation of Healthy In Paranoid Times--Our Lady Peace's sixth studio album--was at once invigorating and at other moments nearly tore the band apart. The 13 songs OLP eventually assembled for the album are some of their strongest, most infectious and most poignant to date.

"When you're a brand new band, there's a tingly sort of feeling you get when you play a song that you just wrote," explains frontman Raine Maida. "With this album, we kept working until we got that feeling from every song."

Ultimately, the group's patience pays off. "Walking in Circles" evolves from a simple, stabbing beat and an encircling pattern of guitar lines to an urgent and explosive climax. Then there's "Boy" which combines trickling guitars and buoyant bass with earthy vocals, and peaks with the kind of a mighty galvanic riff that unites nations. And the opening track "Will the Future Blame Us"--with lyrics inspired by the state of the world and its wars--starts with a driving, ringing rhythm that drops down for the verse before blossoming into an exultant chorus.

Now a decade into their recorded career, Our Lady Peace have reached a new creative and conceptual peak with Healthy in Paranoid Times: from challenging themselves with new writing/recording techniques and redefining the goals of the band, to addressing global issues of consumerism and capitalism head-on.

"This record is a perfect representation of our personalities and our perspectives on things at the current moment," says drummer Jeremy Taggart.

Add Maida: "This is the real Our Lady Peace. It's the four of us making music together and an honest reflection of the seed of everything we planted 10 years ago."

Facebook
*Service and handling fees are added to the price of each ticket.