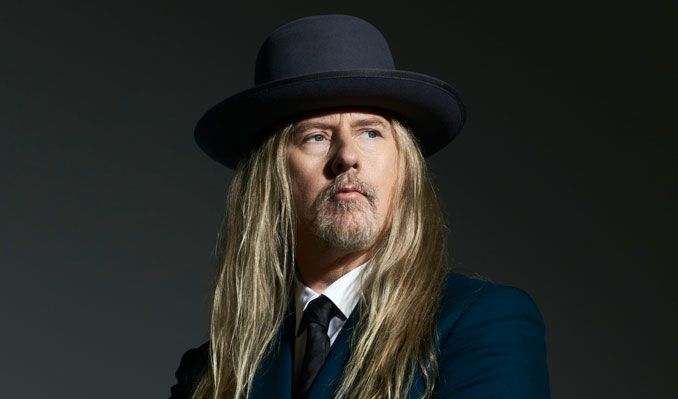 Please Note: All events beginning 10/1/2021 will require attendees to show evidence of their full vaccination against COVID-19. Full vaccination means 14 days or more have passed since the attendee has received a single-dose vaccine or the second dose in a two-dose series. Acceptable vaccination documentation may be a physical copy of a COVID-19 Vaccination Record Card, a digital copy of such card or such other proof as is permitted locally. In addition to the above, please check https://coronavirusupdates.bowerypresents.com for information on any local rules or restrictions.

As one of the most influential guitarists of his generation, Jerry Cantrell has made a permanent mark on today's rock music. His heavy- yet organic-style, paired with soulful songwriting, helped shape the success of the legendary '90's band, Alice in Chains. Echoes of Cantrell's haunting and melodic music still permeate the modern rock genre, and many new bands unapologetically cite Cantrell as a vital influence. Cantrell penned many of Alice in Chains' innovative songs including "Rooster," "Would?" and "No Excuses," which have become rock anthems of this generation. After five platinum and multi-platinum albums with Alice in Chains, Cantrell honed his singer/songwriter talents, and in 1998 he embarked on a solo career. Boggy Depot (Columbia), his first solo release, was an introspective musical exploration dipping into elements of both rock and country. Cantrell's sophomore release, 2002's double CD, Degradation Trip, (Roadrunner), proved to be an intricate 25-song rock and roll masterpiece: raw, powerful and bleeding with emotion. Famous for his musical integrity, Cantrell is one of the most well respected rock musicians of today. His uncompromising creativity has made him a living legend of rock and roll with a thriving international fan base. Currently working on a new album, he continues to perfect his art. Now Cantrell is gearing up to hit the road again to showcase some of his new songs as well as some old favorites. Cantrell is also collaborating with Billy Duffy of The Cult on a side project, "Cardboard Vampyres."
Read More

Official Website
*Service and handling fees are added to the price of each ticket.